Best Video Players and Editors Software for Linux of May 2022 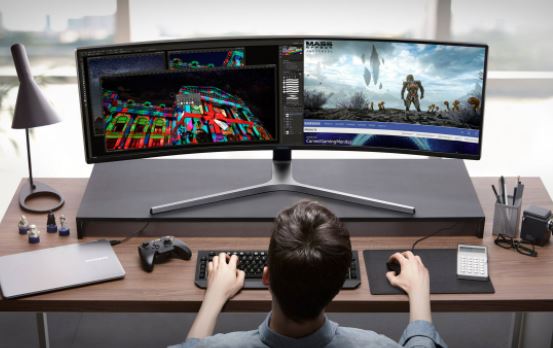 Best Video Players and Editors Software for Linux of May 2022

Table of Contents: Best Video Players and Editors for Linux

It has long been known that there is a wider range of software products for Windows and Mac than for Linux. And while Linux continues to grow, it’s still hard to find specific software. We know that many of you like to edit videos and you often need to resort to Windows to do simple video editing tasks. With advancements in graphical user interface design, most operating systems now have a standard media player. These media players can play good quality video and audio files and support a variety of video file formats.

Despite its reliability, you should upgrade to a third-party media player as it offers a wide range of features. These media players are designed to give the user as much control as possible. If you are looking for another media player for Ubuntu, then you have come to the right place! We’ve compiled a list of the best video players and editing software that offer full support for various file types and a host of features that put the standard video player to shame.

Kdenlive, one of the best examples of open source video editor, offers us countless features. The rewritten version released last August brought new tools to our arsenal. So is it good for you? This is the purpose of this Kdenlive test. Unstable performance under Windows and lack of hardware acceleration remain the main drawbacks. Kdenlive, perhaps the most robust free video editor on Linux, is a non-linear cross-platform program that allows us to create engaging video content without paying a dime.

It handles all video operations using the MLT framework. No wonder Kdenlive has so much support. MLT uses many other libraries like FFmpeg, Fri0R, so it can handle almost all media types supported by FFmpeg, including MOV, AVI, MP4, WEBM, HD, HDV, UHD videos. By benefiting from these open source projects, Kdenlive can provide us with many amazing video effects and transitions, such as blur, flip, rotation, color adjustment and useful audio effects, including normalize, volume, balance , audio filters, etc.

VLC Media Player is very popular and for good reason: it is completely free, supports almost all file formats without the need to download additional codecs, can optimize video and audio playback for the device of your choice, supports streaming and can be extended almost anywhere. indefinitely with downloadable plugins. These not only add additional functionality to the player, but also allow integration with other programs and streaming services.

VLC Media Player supports MPEG and DivX streaming and can play videos as they download, so you can watch the beginning of a movie and then decide if it’s worth downloading in its entirety. You can also read ZIP files without having to unzip them individually. If a video is too quiet, you can manually increase the volume of the movie up to 200% after downloading.

Shotcut is a completely free and comprehensive open source video editing program that commands respect. It bills itself as an intuitive mainstream app that gets the job done with minimal UI complexity and is successful for the most part.

Basic functions such as importing videos, creating keyframes on a timeline, trimming and merging, and adding transitions, titles and effects are all done with a few clicks and a lot of drag and drop. Clips can also be layered to combine audio and video transitions. Teams can also use tiles and waveforms to track multiple timelines simultaneously.

OpenSource is much easier to use than many other programs on the market, which makes it ideal for those who don’t edit professional projects. It’s worth considering if you’re creating personal projects, like a video compilation of a party or party, especially if you don’t have much experience with editing tools. OpenShot Video Editor is an application available on different platforms on Mac, Windows or Linux, and it is something that all new content creators are looking for.

The interface remains very simple, but offers everything that is necessary from an editor’s point of view. Users can easily switch between advanced and basic views, depending on what information they want to see on screen at any given time. Other than that, users can customize this interface as per their requirement.

Lightworks is a professional video editing software for Linux, very popular among video beginners and filmmakers. With the help of this free video editing software, you can create quick video clips for YouTube and video montages and publish videos to the Internet with just a few clicks. Lightworks is EditShare’s Oscar- and Emmy-winning professional non-linear editing (NLE) software that supports resolutions up to 4K, as well as video in SD and HD formats.

The Lightworks user interface is divided into four main tabs: Record, Edit, VFX, and Audio. It’s a mid-level application: more accessible than DaVinci Resolve, more complex than iMovie, and similar in level to VSDC. The latest version is numbered 2020.1 and includes some minor new features, but no significant changes.

Pitivi Video Editor is based on the GStreamer Editing Services (GES) library. Many projects use GES to manage audio or video projects and export the project to a new file for distribution. Pitivi is developed in close collaboration with GES. Pitivi and GES would greatly benefit from better documentation. We are applying for the Season of Docs program, in which Google pays technical writers to contribute to open source projects.

However, it lacks some really basic features that make Pitivi unusable for anything other than the simplest video editing tasks. And there are bugs that make it a bad choice even in those cases. Pitivi is written in Python and uses “GStreamer Editing Services” as a back-end for many of its functions.

Flowblade is a multi-track non-linear video editor released under the GPL3 license. From beginner to master, Flowblade helps you realize your vision and sound vision. There are many video editing software in the market which attracts a lot of users’ attention, but this software does not offer substantial results. There are other heavyweight software that perform this function without making much noise as they try their best and deliver an improved result at the finish line.

SMPlayer is a free media player for Windows and Linux operating systems that uses the free media engines MPV and MPlayer for playback. Like most media players today, SMPlayer offers built-in support for many popular and even lesser-known video and audio formats, so it doesn’t depend on installed codecs for playback.

In addition to excellent support for various formats, SMPlayer offers a number of features, such as YouTube support, automatic streaming, or subtitle download options that you won’t find in many other readers.

There is also an Android port. mpv has become very popular in recent years thanks to features such as high quality video output (using OpenGL and the new Vulkan API, which supports over 100 playback quality control options, including using video filters). advanced scaling, color management, etc.) with optional hardware acceleration.

xine is a powerful multimedia program specializing in video playback. It not only works as a standalone product, but also serves as a library and engine for other software products. It offers excellent support for a large number of different file formats, including physical media such as DVDs, Video CDs, and Audio CDs. Xine supports a large number of formats, such as .mpeg, .ts, .ogg, .ogm, .avi, .asf, .wmv, .wma, .mpv, .m2v, .mp2, .mp3, .cpk , . voc, .snd and .au.

It also supports a wide range of video and audio codecs. Streaming formats include system mpeg-2 and mpeg-1 (multiplexed audio + video), elementary mpeg (audio/video only, eg mp3 files), AVI files with various video formats (some with win32 dll) , Vorbis OGG and Quicktime. There are a large number of frontends (i.e. media players) that use the xine playback engine, including xine-ui, gzine (both part of the xine project), and third-party frontends such as Totem and Kaffeine.