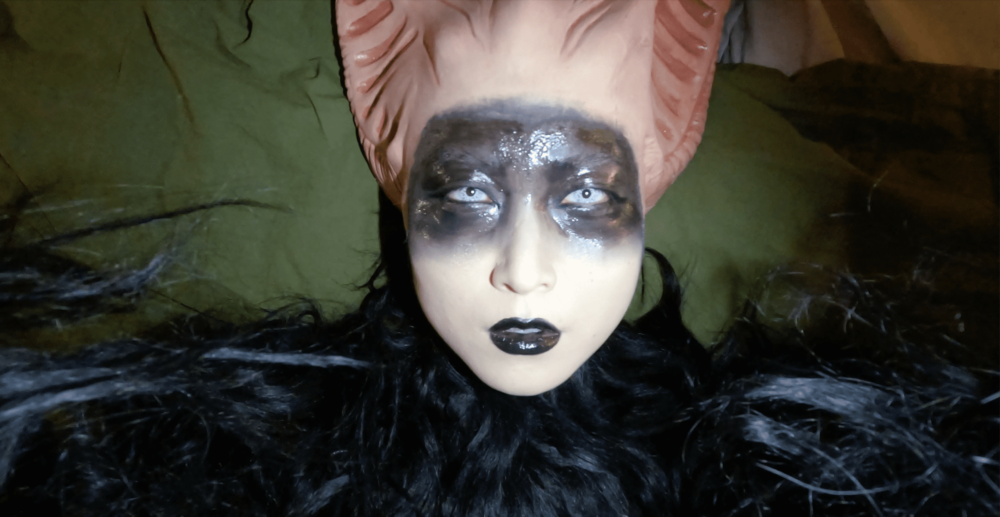 The Jerwood/FVU Awards continue their decade-long program of enabling early-career motion picture artists to showcase their work to an ever-widening audience today, with the announcement that the 2022 winners are Soojin Chang and Michael . The two artists have been commissioned by the Jerwood/FVU Awards to develop and present two ambitious large-scale projects.

2022 Jerwood/FVU Awards recipient artists Soojin Chang and Michael. took an exciting and challenging approach to the ideas of difference and inclusion. In the case of Soojin Chang, BXBY is a radical, semi-fictional work that explores the fusion of interspecies life and the installation of Michael. Cleave to the Black depicts through a triptych of moving images, the ongoing legacy of the black male experience.

Soojin Chang – BXBY is a year-long performance project that fuses forms of semi-fictional documentary and ritual practice, following Chang as a hybrid, shape-shifting being trying to learn to reproduce. Drawing inspiration from chimerical figures in the creation stories of the British Isles and diasporic cultures of Chang and his collaborators (Choulay Mech, Jade O’belle, Anika Ahuja and Aditya Surya Taruna aka Kasimyn), Chang positions his own hybrid body – part animal, part woman, part alien – as a site of technological interaction and a place of ongoing experimentation. Sampling various scientific methods such as IVF, biohacking, and voluntary self-touching, BXBY addresses the legacy of colonial science to open up to a broader affirmation of queer interspecies relatedness and dependence. From this position, BXBY aims to stimulate thoughtful discussion of notions of sacrifice, animality, objectivity and in/visibility; particularly interested in animist techniques of embodying and remembering.

Soojin Chang (she/they pronouns interchangeable) is a Korean-American performance artist, filmmaker, ritual practitioner and researcher. Chang’s practice negotiates contemporary ethics, colonial heritage and interspecies dependency through an animist methodology. Current and recent interventions include: Dog Eggs at Asia Culture Centre, Gwangju (2022); it would take a heifer for the sacrifice at the Tramway for Take Me Somewhere (2021); State of Possession at ICA London and CCA Glasgow (2019); Ritual of Death at Sa Sa Art Projects, Phnom Penh (2019); and Hair Eggs at MoMA PS1 (2018).

Michael.- Cleave to the Black – echoes the historic tradition of the triptych painter’s art in a three-screen video projection that offers a panoramic perspective on the legacies of the past that continue to leave an indelible mark on the male experience contemporary black. Alluding to episodes from the Bible and stories from African folklore and cosmology, the play brings a subtle connotation of parable and myth to its carefully composed and quietly haunting scenes. Looping sequences of a procession of figures slowly ascending an exterior staircase in a regulatory council block are contrasted with a tableau of these sleeping figures (at night’s peace or final rest). Between the two is a third screen depicting an Arcadian landscape – a memory of a bygone era or a glimmer of better things to come? Far from a utopian vision or a heavenly fantasy, it looks more like a space that reinvents and remakes itself, from bottom to top. Moving through a series of gradually unfolding transitions, in its deliberate, meditative rhythm, the piece celebrates slowness as a prerequisite for recovery and healing and also as a lens through which black body movements reach a state distinctive balance and grace. Made in close dialogue with a group of black men from different London communities, Cleave to the Black is a work of authentic, personal expression and evocative atmospheric poetry.

Michael. (pronouns he/him) is a black British artist-filmmaker and community worker. Born and based in London, UK. Her work explores the poetics of darkness and being. Michael. was formerly known as Michael McLeod and has since dropped his surname due to his historic colonial background.