By Meaghan Holmes
0
0
Share:
Wireless remote control mounted on the handlebar of the eLECT.

Early last summer, Magura launched their eLECT compression damper, a battery-powered unit designed for their suspension forks that uses 3D acceleration sensors to increase or decrease damping depending on the angle of the suspension. ground. When the bike is tilted uphill, the sensors communicate with a small motor and close the damping holes, firming the suspension, and when the bike is pointing downhill, the same motor opens the holes to allow the fork to use any his race. The unit also has the ability to sense when a bike is in free fall, allowing it to open a previously locked fork in order to absorb the impact of landing.

Now Magura is working on bringing those same principles to the rear suspension, displaying a prototype version with the electronics contained in a small unit mounted on top of the shock, similar to where the reservoir would be on an air shock. piggyback type. Like the version already available for Magura front forks, the rear unit will be able to communicate wirelessly with a remote control mounted on the handlebars, where riders can choose to operate the shock manually if they wish, selecting between open. or closed, or allow the sensors to activate automatically. adjust the damping according to the terrain. With the shock absorber still being tested, battery life has not been confirmed, but Magura said she expects it to be on par with the fork unit, running between 40 and 60 hours before needing to be recharged via a USB cable. On the front fork, if the battery dies the fork will reset to a fully open state, a feature we would assume would be implemented in the rear shock as well. The shock is not expected to be available until the end of the year, and the first run will be for OEMs only, meaning it will initially only be available on complete bikes, and not as a standalone aftermarket option. . 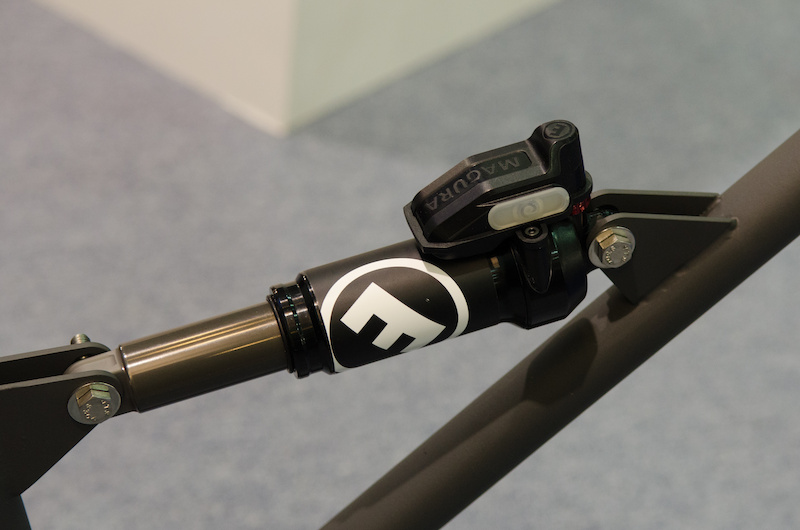