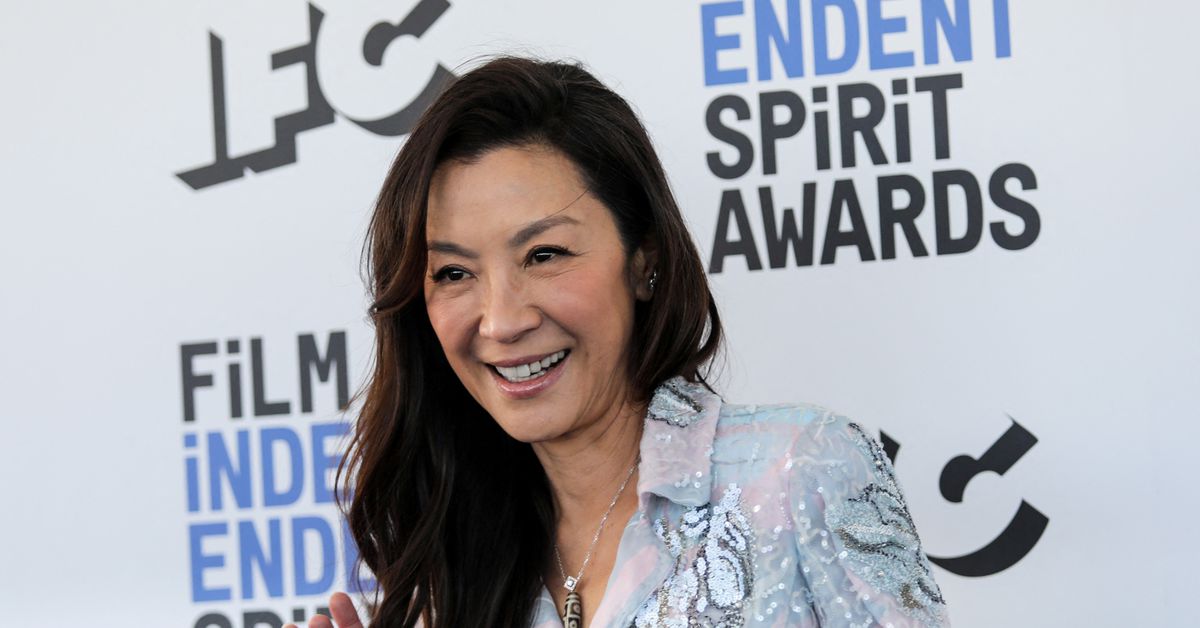 LONDON, May 10 (Reuters) – As its title suggests, creative duo Daniel Kwan and Daniel Scheinert’s “Everything Everywhere All at Once” takes audiences on an elaborate adventure across multiple universes.

The film stars Michelle Yeoh as laundromat owner Evelyn Wang, who struggles to connect with her family and pay her taxes.

Concerned about a visit from her aging and estranged father, things go awry during an audit meeting with an IRS agent (Jamie Lee Curtis) when Evelyn’s husband unexpectedly presents her with a alternate multiverse. Evelyn and versions of who she could have become with different life choices are tasked with saving her from impending doom.

“The multiverse is such a terrible thing to explore in storytelling or in film because the moment you introduce the idea of ​​endless possibilities, nothing that happens in this film matters anymore,” Kwan told Reuters.

“It became an opportunity to kind of explore some scary thoughts and philosophically resonant feelings that the more we talk about it, we’re like, this is kind of what the 21st century looks like,” Scheinert added.

Known collectively as the Daniels, the duo made music videos and the 2016 film “Swiss Army Man.”

“Nowadays it takes a lot to surprise people, because we’ve seen it all,” Kwan said. “Everything is a sequel. Everything is part of a franchise or a remake. And because of that, we had to constantly rewrite because we kept looking for things that felt really fresh.”

“When we realized that Jackie Chan was incredibly expensive, famous and busy, we just decided to focus our attention more on Michelle’s character because we already loved her and her character. And honestly, the script took life. So it was for the best,” Scheinert said.

A box office hit in the US, the film opens in UK cinemas on Friday.