The winners of the Five Minute Film Festival 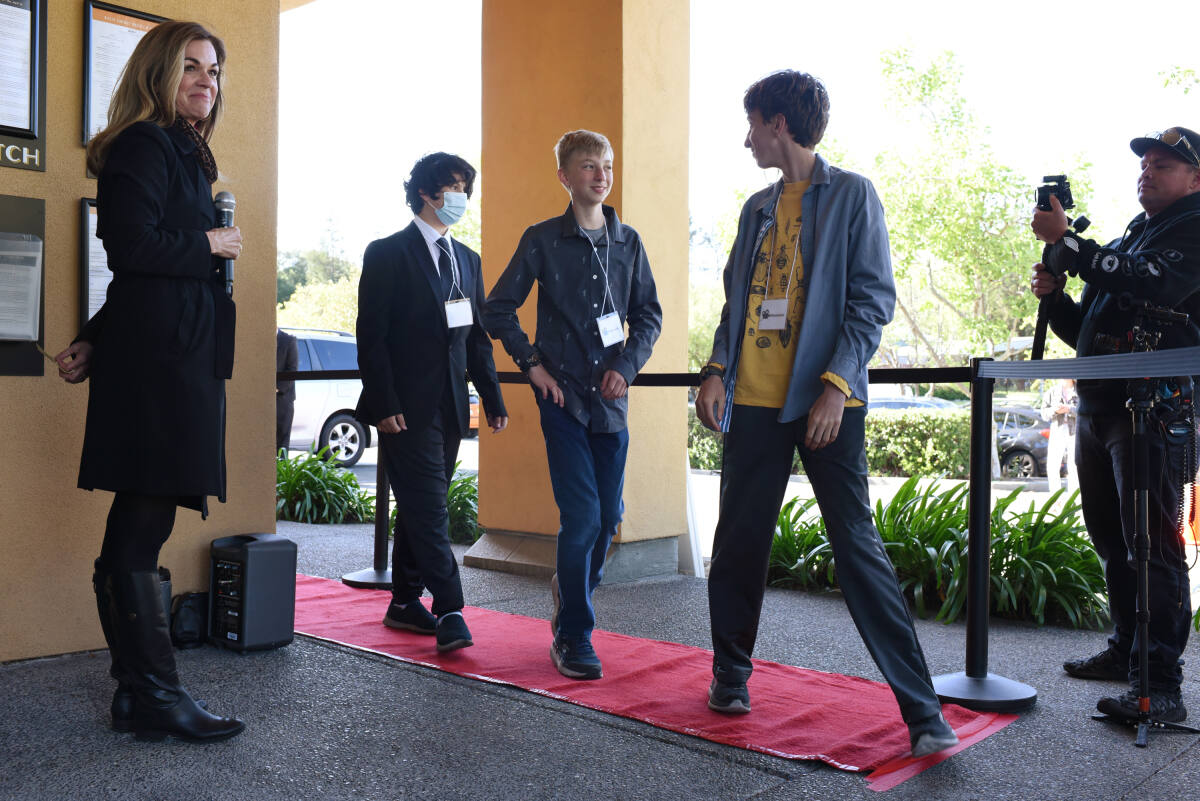 The winners of the Five Minute Film Festival

April 11 was cold with strong winds, but nothing could wipe out the smiles of the two Windsor High School sophomores as they answered questions outside the Rialto Cinemas in Sevastopol.

“It’s been such a long road,” Ferrer said. “Create the five-minute film and submit it. … It’s crazy that we’re here.

The two classmates were among several dozen local students honored for their submissions to the Sonoma County Education Office’s Five-Minute Film Festival. The event, which reverted to an in-person celebration for its eighth year, rewarded student-made short films with a “hero” theme.

“This one was very special,” Matt O’Donnell, technology innovation specialist at SCOE, said of the festival. “It felt like a big party, not just movies, but kind of a return to normal life.”

Three prizes were awarded at the end of the festival. Ferrer and Olson walked away with the audience award for their film “Legacy.” He explored the concept that everyone can be the hero of their own story.

Judges Mike Starkey, Kathryn Hecht and Pete Stringfellow selected two other films for the awards: one for Best Adherence to Theme and another for Judges’ Choice.

Evan Foley and Max Schottenfeld, students at HillCrest Middle School, won the best endorsement for the theme of their film “Heroes of the Redwoods,” a documentary about the preservation of coastal redwoods.

“Heroes from the Rubble,” a film by Miles Willover of Windsor High School, won the Judges’ Choice award. Through animation, he explored themes of depression and seeking and nurturing.

O’Donnell said the intention of the film festival is to give students the opportunity to communicate their knowledge and creativity in ways other than writing an essay.

“We weren’t just targeting media teachers,” O’Donnell said. Students could work with their English or history teacher, “as a way to learn technical skills and show what they are learning to parents as well as teachers.”

When the winners entered the Rialto, they posed for photos in front of the movie posters they had made to show off their videos.

Laughter mingled with the choppy sounds of the popcorn machine. In the dark theatre, audiences watched stories that spanned a wide range of topics and formats: from documentary to comedy to animated drama. Heroes featured included a dog, American poet Langston Hughes, a forest firefighter, and even the Lake Tahoe-area black bear affectionately nicknamed Hank the Tank.

“Even though it’s the same theme, it’s still amazing, the different types of films we get,” O’Donnell said.

Elbi Zamora, a fifth-grade student at Spring Hill School in Petaluma, honored her grandmother as the hero of her film. An immigrant from the Philippines, she opened a secondary school in the province of Pangasinan, to ensure that students had a place to continue their education after primary school.

“Grandma is my hero,” he said.

After each screening, the student filmmaker or filmmaking team and their teacher went to the front of the room to collect comments from Stringfellow, Hecht and Starkey.

For Zamora, it wasn’t the praise from the judges, the chance to dress up or the red carpet photos that got him the most excited.

“Especially the popcorn,” he said.