TPN says ‘so long’ to editors 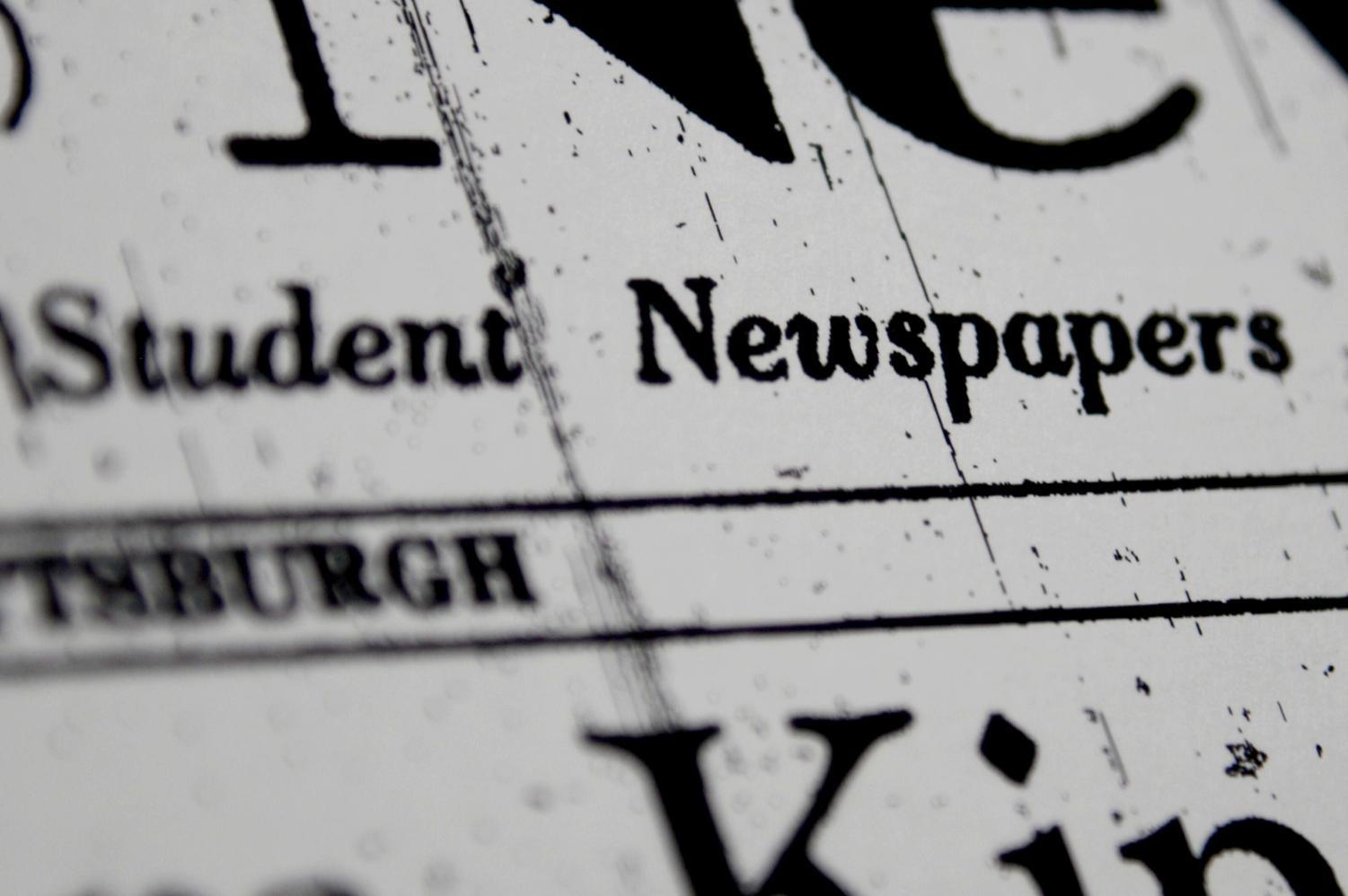 TPN says ‘so long’ to editors

It’s been a long year, even though time has flown by for these publishers. While we are sad to say goodbye to six Editorial Board members, we are grateful for all the memories we created during our time together and the positive impact they had on the journal and their peers.

Martha is the backbone of the news desk. She has worked for The Pitt News for three years as a writer and editor, and has always shown how dedicated, hardworking and kind she is, especially when she became editor during the winter break. .

While this position came with a lot of responsibility and commitment, being the amazing person that she is, Martha rose to the challenge. Not only was she tasked with a bigger leadership role, but she also had to train two new associate editors – us. With her caring and caring personality, Martha did just that and more, creating a welcoming and inclusive environment for everyone at the news desk.

Martha was also instrumental in the future success of the news desk. His meticulous training has helped editors and writers succeed in their work. She even won the superlative “Best Boss” of this year, which she well deserved.

Martha’s bubbly personality and impeccable taste in fashion will be sorely missed next year. But we know she will have a successful career as an operations analyst at BNY Mellon in Pittsburgh.

One of my favorite memories of Jon is when Joe Biden won the presidency in November 2020. Jon, who faithfully spent days glued to CNN and Steve Kornacki, slept through the morning announcement that we had a new president – and didn’t wake up until around 3 p.m., I quickly sent him the surprised pikachu even when he finally responded to my texts about all the work we had to finish, which needless to say he didn’t appreciate.

The crazy thing about this story, and why it’s so funny for me to relive it, is because it’s so irrelevant to Jon. Jon worked at TPN for four years, two of which as editor. This makes him, in his own words, a “TPN lifer”. He wrote award-winning works in his day, including exclusive interviews with Chancellor de Pitt, a expose on deficient bridges in Oakland and compelling data journalism on declining black student enrollment at Pitt. He also designed new web designs, cutting-edge graphics and layouts for the newspaper, and even had an all-nighter covering a Tumultuous student government council election.

But anyone who has seen his signature knows that Jon is a talented journalist. What you may not know is that Jon is an excellent teacher. When I joined TPN in my freshman year, I knew nothing about journalism. All I know now is thanks to him. He has dedicated so much time to helping me and countless other TPN reporters and editors thrive, which is a sacrifice I cannot thank him enough for.

While I will certainly miss Jon’s editing skills and our nightly ritual of explaining pop culture references to him, I’m so excited to read his byline in the Pittsburgh Post-Gazette this summer and wherever he lands next. Congratulations on your well-deserved TPN retirement!

When I started working in the multimedia department of The Pitt News, I was extremely nervous. I worried about whether I would do a good job and whether I knew enough to be a useful part of the team. When Nate held the first multimedia meeting I attended in January 2021, that anxiety started to dissipate.

Nate provided a safe space for me to experiment with video production and helped me become a confident videographer. Whenever I had a question, he was there to answer it, and whenever I made a mistake, he was there to gently guide me to help correct it. Without him, I don’t think I would have developed such a passion for videography, and I’m sure I wouldn’t have accomplished as much as a staff member, including shooting a video that ended up spread nationwide.

The thing about Nate is that he never takes responsibility for the success of the department. He always celebrates the success of his collaborators, selflessly omitting his role in every video posted. Nate always supported me and I knew I could count on him at TPN. I hope to bring the same care and support that Nate showed us, and provide it to the media team next year when I’m editor. I hope I’m half as good a boss as Nate.

It’s extremely sad to see him graduating this year, but I’m sure he’s going to do great things in his life. Congratulations Nate and thank you!

Riley is the best copy editor an assistant copy editor could ask for. I can always count on her to respond to a 10 p.m. text on her night out because I can’t remember if we’re able to print the word “f—” in a news column if it’s part of a quote . In fact, I texted him earlier to verify this rule so that his primary referral would be up to Pitt News standards. “Yes, beep it. F—,” Riley Kleemeier replied.

I have lots of great memories to look back on with Riley, like our Copy Chief Cocktail parties and that time she almost gave me COVID right before Thanksgiving break. She is smart, funny and a very good copy editor. I have no doubt that I will one day see her name on the New York Times bestseller list, and I can say, “Wow, I know her!” She almost gave me COVID in college! then buy 15 copies.

Riley graduated with a degree in English Literature and Writing renowned for his job. She will make us all proud at The Pitt News when she continues her editorship as head of digital content for a publishing house in June, but we will miss her in the office.

Shruti will be sadly missed by The Pitt News. For the past year and a half, she has contributed to the incredible layout of our weekly print edition and worked tirelessly on our Silhouettes magazine. Throughout her four years at Pitt, she was a skilled and reliable illustrator, taking on many last-minute illustrations and covers, and single-handedly supporting the visuals desk under difficult deadlines.

Every Tuesday evening, Shruti and I discussed the printed cover and checked the visuals. Shruti always brings thoughtful and creative ideas to our discussions, supporting many of my overambitious layout ideas and executing them better than anyone. When we finished the cover for “ACC Champ-yinz,” Shruti patiently cycled through about 30 different shades of blue and gold for the font, moving the text back and forth three pixels at a time. Of course, when Shruti discovered a different and more eye-catching text layout, we finally finished our cover.

Shruti will earn a degree in psychology and attend Duquesne University for her graduate studies, where I’m sure she will go on to do and create great things. Congratulations Shruti!

Stephen Thompson leaves behind a legacy. He spent four years in the service of the sports office as an editor and writer, and he followed the men’s basketball team through all of its ups and downs. Anyone who reads Stephen’s work quickly notices his gift for writing. It turns boring and mundane game recaps into captivating scripts. His player profile stories go far beyond the court and tell the true story of the person behind the player. His columns are well thought out and profound, while staying clear of the clichés that even the most prolific writers fall victim to. But what most of you don’t know is that Stephen is an even better person than he is a writer.

Stephen took a freshman writer like me under his wing when he didn’t have to. He graduated in a year and all he had to do was write his own stories. But he didn’t do that. He showed not just me, but all of our writers, how to be a professional, how to write, and how to be a better person.

While I won’t miss his Boston sports fandom, I will miss sharing an office with Stephen. The sports office will never be the same without him. I speak for all of his colleagues, writers and friends when I say he will be greatly missed at Pitt. I cannot thank Stephen enough for all he has done for me personally and for our newspaper. I’m so excited to see Stephen blossom as a sportswriter and professional in the future. But if there’s one thing I hope Stephen takes with him, it’s that the Red Sox will always be the Yankees’ little brother. Kudos to you, Stephane.